The IF output ot the DMC downconverter is around the 1.5GHz, and need a IF output of 432Mhz. Googling a bit I found the mods of OK1VVM that show hoe modify the module. The mod basically consist in replace two capacitators and remove a resistor as described here. 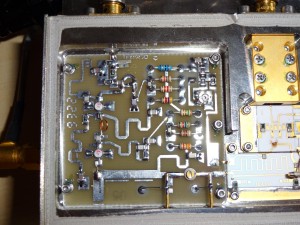 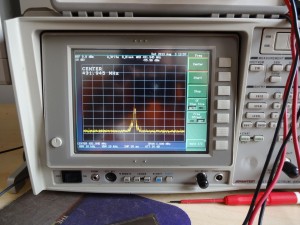 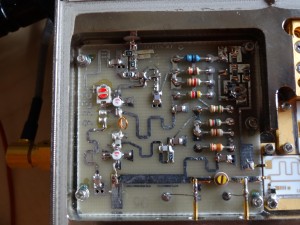 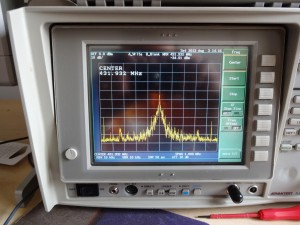 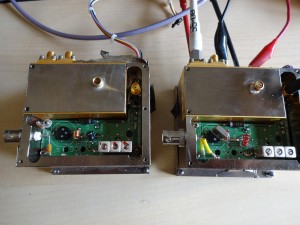 To check the reference inside of the unit exists a SMA located in the upper right that gives the ref freq x4. After modify the coils now and retuning the filter located in the bottom right , the unit that only accepts xtals up to 100MHz locked now can be used with the 105.43857MHz xtal. 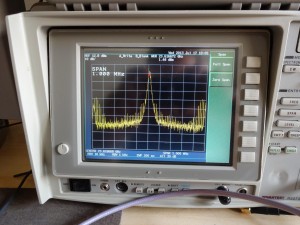 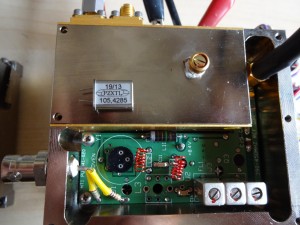 Recentlly I purchased some DMC microwave modules tu build a 24GHz transverter. This modules are designed to work at 22 / 23GHz but can work well at 24GHz with a minumum work and be purchased in ebay.

The set is composed by a DRO locked oscillator, upconverter, downconverter and LNA. The DRO locked oscillator, uses from 90 to 110 MHz as reference. The upconverter uses a 310MHz IF input and outputs over 15dBm ( 30 mW). The downconverter have a IF output of 1.4GHz, and have a second donwconverter to convert from 1.4GHz to 70Mhz. Finall the LNA have over 15dB of gain and a NF over 2.5dB / 3dB 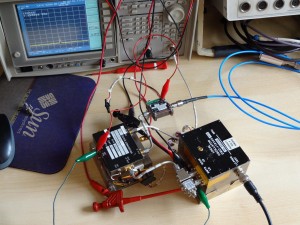 All the modules use 8.4V dc except the LO that uses 8.4V and -5V. Googling a bit, I found some info about the modules: